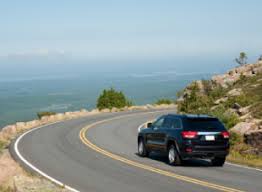 Cape Town is packed with interesting beaches and places to view and enjoy, including the many that are not top of any tourist itinerary. Just because it’s not there, that doesn’t mean it’s a bad thing. Chances are, it’s a good thing. Less mass exposure often means less commercialised, more rustic or authentic, interesting in a way that’s not obvious at first but no less rewarding. We’ll explore a few of these, but first a note on getting around. 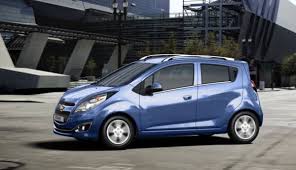 Getting around and safety

The recommended way of getting around especially to beyond-the-popular tourist zones, is by car. The public transport infrastructure is good in some places, but inadequate in others. Despite what you’ve seen or read, Cape Town is safe. However, exercise common sense at all times. Ensure your hired vehicle has GPS if you don’t know where you’re going. Don’t go to non-mainstream suburbs at night, especially not alone. Keep others or the hotel informed of your whereabouts if you’ll be gone for more than a day. Do not flash wads of cash or valuables, or though the stereotyped that you’ll be mugged down every road is simply untrue. Lock your car doors and put valuables in the boot.

everywhere. CapeTonians themselves own many cars so also consult the classifieds for private car hire.

The usual scenario with local car hire in Cape Town is that you have to pay a deposit via credit card. This deposit is refundable. You may also be liable for an excess in the event of damage to the car or a third party. This has constrained tourists who may not be inclined towards wanting to go the deposit route, or prefer to pay cash. The scene for local car hire in Cape Town has happily evolved as a result, and you will find companies willing to let you hire on a cash-and-no-deposit or cash-and-bigger-deposit basis. 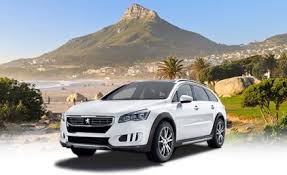 This is an example of a vehicle hire company that’s smaller than the names at the airport but no less reliable. For starters,  Two Oceans Car Hire in Cape Town is conveniently located in the centre of the peninsula, midway on the N2 between the airport and Cape Town. Their address is located in a very obvious place and you cannot get lost.

Two Oceans Car Hire have some older models which are serviced and well maintained, meaning you have access to a vehicle starting at the low price of R150 per day. In fact, Two Oceans Car Hire prides itself on having a car that suits your pocket.

Tourists usually enjoy Clifton, the Noordhoek beaches, Camps Bay, Seap Point and Hermanus. The locals though love this neck of the beach woods, and during peak season you’ll find bumper-to-bumper traffic during lunch. If you don’t head that way early, you could spend 90 minutes on short main road leading into Beach road.

Beautiful Blouberg and it’s bustling beachfront cafes and restaurants gives way to Big Bay and pristine Melkbosstrand. A must-stop in melkbos is the relatively intimate and mouthwateringly good seafod restaurant, XXXX It is not uncommon for those locals in the know to drive all the way out from suburbs quote far away just to get their favourite fish fix.

Go on a safari – in the Karoo!

Yes, it is possible, and just over an hour away, too. Making your way through the Karoo can take more than 6 hours, but you’ll only need one to get there.

The Karoo starts just 60 minutes away from the Mother City. Once in your vehicle conveniently obtained from car hire in Cape Town city centre, the Karoo is a starkly beautiful near-desert landscape. Individual small towns, each with their unique character, dot this landscape. One of those is Prince Albert. Prince Albert is a quaint town situated behind the imposing Swartberg pass, which makes it a fabulous escape from the city. 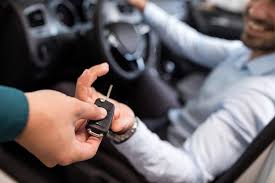 A highlight is Aquila Private Game Reserve. It’s unbelievable that just 60 minutes from Cape Town, you could be on safari and spotting the Big Five. Go on a half-day or full-day safari and come face-to-face with lions, cheetah, leopards, or intelligent, ton-heavy African elephants. Be sure to heed all the game reserve warnings, as these are not issued lightly. Don’t drive through the reserve with your sunroof open and stay calm should an elephant flap its ears. This is a sign of agitation. Should you continue to drive, it may be seen as aggression, in which case you can expect to have your car aggressively bumped or tipped completely. If you’re around at dusk, head to the waterholes. The sight of a giraffe tentatively lowering its neck to drink is one of the most unforgettable things you’ll ever see. Be sure to pack away any food at night. Leaving it outside is begging a pack of hyenas to come along and savage it – not the kind of close encounter anyone woudl like!

Stay over for a night, a week or more or make this your day trip and head back to sip cocktails in the Camps Bay sunset. Cape Town must be one of the only countries in the world giving you these tow hard-to-imagine contrasts in just over and hour.