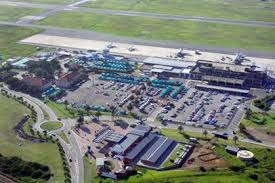 Flights from these airlines to or from Port Elizabeth International Airport can be booked online. This will save the hassle of having to visit a sales store or sit on the phone waiting to speak to a

consultant. Simply use the Port Elizabeth International Airport website to find a flight through the flight search engine by providing date and departing/arriving airport location details. From the list that then pops up, choose one based on which time of day you would prefer to fly or one of the cheaper flights. To increase the chances of getting your preferred flight time and cost, book as early as you can before flights are taken up by other customers. For a cheaper flight, go with an airline such as Mango or Kulula who provide low cost pricing on their tickets. You would not get a meal during the flight or a choice between seating classes but the flight price would be on the lower end. For a fuller service flight go with a national carrier airline such as SAA where you would be able to choose your seating class, get a meal during the flight and enjoy more entertainment options during the flight.

Ground Transport at the Airport

If you had made no prior arrangements with regard to getting yourself out of the airport then hire out one of the many private taxis which operate from the airport.

Another option, would be to go to one of the many car rental agencies located at the Port Elizabeth International Airport and hire out a car for your own personal use. This can be arranged upon arrival at the airport, but it is recommended to handle this before flying to the city so that you have a better chance of securing the car you want along with not having to deal with the details of booking directly after landing.

You can also make prior arrangements to have a friend or family member pick you up from Port Elizabeth International Airport and drive you home. This may not be an option for those who are just visiting the city and do not have known people to contact.