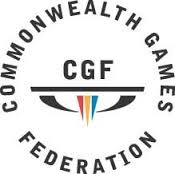 Durban is set to become the first ever Africancity to host the Commonwealth Games, in 2022. The games, which are held every four years sees the Commonwealth of Nations come together in the spirit of unity and humanity, through sport. The games aim to keep up good relations between these nations, and celebrate their common thread to the British Empire. For this reason, the Commonwealth Games are also known as the Friendly Games.

Being the first country in Africa to ever play host to the games, South Africa has acknowledged this in the logo for the Commonwealth Games 2022. Although the colouring found its major inspiration in the South African flag, the contouring was inspired by the shape of the African continent. The logo for the games found its source from 2 reasons that South Africa bid for the Commonwealth Games in the first place. Ready to Inspire.

The games will begin on the 18th of July in 2022 and end 2 weeks later. As is customary, the Commonwealth Games will begin with a message from the head of the Commonwealth of Nations. The Commonwealth Games 2022 will take place during the winter season in South Africa but Durban’s climate is very tropical, with even the beaches being enjoyed during this time. Any down time can be enjoyed at nature reserves, beaches, casinos, museums, marine theme park or shopping malls which Durban has in abundance.

What sports will be played at the Commonwealth Games 2022

The Commonwealth Games does not have a set schedule of sporting codes. Instead only a few sports are played at all games with the host nation being able to select the rest. The sports which make the list are sent out years in advance so athletes know whether or not their sport has made the cut. The Commonwealth Games South Africa are no exception with the sporting programme already being sent out in 2015.

*The sport of Netball is only open to women at the Commonwealth Games.

*Only wheelchair basketball and Beach volleyball will be played at the Commonwealth Games South Africa and is open to both men and women.

Transport to the Commonwealth Games Durban

Durban has the King Shaka Airport which lands international flights, but many passengers may have a connecting flight to the Commonwealth Games Durban which will be from their home city to Cape Town to Durban. The choices for flights to the Commonwealth Games Durban from Cape Town range from national to budget airlines. SAA along with British Airways offers local flights but if you would want a cheaper flight then you can also book with Kulula, Mango or Flysafair which are the low cost alternatives in South Africa. When looking around for flights to the Commonwealth Games Durban, it will be best to look at sites such as airport sites which will give a listing of all available flights to Durban. This way you would not have to visit all of the airlines websites trying to find the flight to meet your monetary or time needs. To find flights you would simply have to enter in a few details of dates, number of passengers as well as the departure/arrival cities. If a certain flight catches your eye, then booking would simply consist of confirming that flight with some personal details and payment. The unique booking number that will be given upon confirmation will need to be used during check-in. Passengers need to be at Cape Town International Airport at least 2 hours before to check into their domestic flight to Durban. Alternatively, many local airlines offer their guests an online check-in option which opens up 24 hours before their flight. 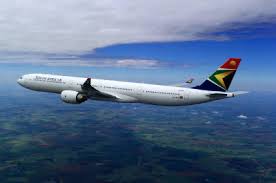 Upon arrival in Durban for the Commonwealth Games 2022, the options for transport range from public buses, trains and public taxis but for a more accessible option you may want to rent out your own vehicle. Car rental branches are located all around the city and even at the King Shaka International Airport. Renting out a vehicle from here means that you would not have to rely on any other means of transport during your time at the Commonwealth Games Durban. Internationally renowned companies such as Avis and Hertz can be found in Durban as well as some trusted local names like First Car Rental and Woodford. All companies would require payment through credit cards, though many do accept debit cards that have been issued by a South African bank. The smaller independent rental agencies also allow for hiring out their vehicles with cash. You will have a choice of vehicles to hire out to roam about the Commonwealth Games Durban such as small and light vehicles, luxury sedans, vans and mini buses. A chauffeur may even be hired if international guests are not familiar with driving on the left side of the road. Rental agencies also allow for customers to hire out navigation systems and baby seats. Car hire for the Commonwealth Games Durban can also be done online and reserved months in advance.