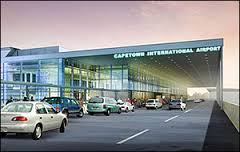 Cape Town Airport is the entry point into the gloriously beautiful and modern city of Cape Town. Long being heralded as the most European city in Africa, Americans are now taking notice, especially when it’s the New York Times that’s naming it as the best city to visit in the world. So much so that the local Cape Town government wants more direct flights into Cape Town Airport from the United States because it is one the leading growth markets for tourism in the area. The Rainbow Nation of South Africa offers some of the friendliest and easy going people in the world and when you add the diversity of its people, cuisine and cultures it not hard to see why the country is gaining steam as an international holiday destination.

There are no direct flights into Cape Town Airport from the United States but there are however many airlines providing connecting flights.

All foreign visiting nationals must be in possession of a passport upon arrival at a South African Airport.  Arrivals happen on the lower floors of the main terminal building. An automated baggage handling system allows for the processing of 30000 bags per hour which means visitors can clear this process very quickly. If a flight arrives from a layover country (and not a city in South Africa) then the immigration and customs process will take place at Cape Town Airport.

Cape Town Airport is the second largest airport in South Africa and sees millions of passengers per year. The airport underwent a major expansion process in time for the FIFA World Cup in 2010. As a result the terminal building was expanded with improved facilities and more stores. Cape Town Airport is very disability friendly with wide open spaces and gradient ramps which can be easily accessed by wheelchairs. The terminal building houses a pharmacy and a medical room. There are also many options for currency exchange. Cape Town Airport has Wi-Fi available at its domestic and international terminals. Restrooms are strategically placed throughout the terminal buildings and have baby changing amenities as well.

When departing from Cape Town it is advised to check-in at least an hour before a domestic flight and 2 hours before an international flight. 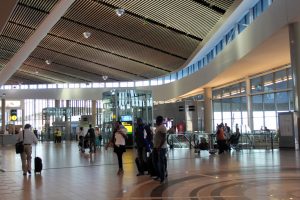 Upon arrival into Cape Town, visitors will want to leave the airport as fast as they can to start their holiday. However, if you do arrive early at the airport when it is time to depart the city and you have some time to kill then there are quite a few options to keep you occupied. The airport has many dining options from fast foods to sit down restaurants. Duty free shopping can be done for jewellery, souvenirs, clothing and local South African food items.

There are a myriad of options when it comes to leaving Cape Town Airport to start off your adventure into the city.

Why holiday in Cape Town

Due to the strong European influence, there really isn’t much of a cultural difference when travelling in this African city. Cape Town is famed for its scenic beaches and mountainous backdrops which provide an amazing canvas for the urban city. The main language spoken in Cape Town is English so communication will not be a big issue. The climate closely resembles the Mediterranean with the summer months happening from November to March. Winter in Cape Town is from May to September with windy/rainy conditions. There is no daylight savings that happen in Cape Town but the sunset in the summer months is around 8 at night. Popular tourist spots in the regions are: 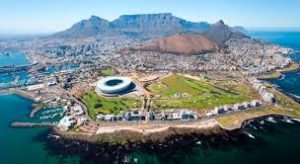