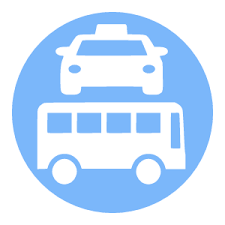 Whether you’re in Cape Town for business or pleasure, it’s important to be stationed near to where you want to do business or play. That’s because as much of a delight as the Mother City is, its public transport infrastructure system leaves much to be desired.

There are a number of ways to handle Cape Town airport transfers that are private – most popularly, you could book one of the many waiting taxis or shuttles right there at the airport pick-up-and-go area, at the information kiosk, or online.

However, there are also companies specialising in efficient, on-time, safe and affordable terminal-to-destination Cape Town airport transfers that are private. These companies tend to operate on a flat-fee basis, where as the cab-style transfers are usually pay per kilometre.

The cheapest Cape Town airport transfers in terms of independent options, is to take the MyCiti bus service, situated at the airport. This will take you to the centre of town to Heerengracht Road, near to where one of the major theatres, Artscape, is and opposite to many of the well-known high rise office buildings in town. Your drop off point is safe and public, but you’ll still need another connection from there to your actual rooms. If you have luggage, this therefore won’t be your most convenient option.

Below are some of the main hubs in Cape Town

The area itself is a major shopping hub – until recently, it was the biggest shopping complex in the southern hemisphere. The complex is also home to upscale, casual and fast food eateries, with plenty of opportunity for entertainment. Office parks and residences round off the rest of this multi-purpose complex.

Arranging your Cape Town airport transfers that are private to Canal Walk or Century City couldn’t be easier as everyone knows this destination and it’s never too far out of the way. Expect to pay about R80 to R120 when you arrange your transfer from the terminals to this area.

The Crystal Towers residences here represent extraordinary four-star value at about R900 per head – well under U$D100 per person per night sharing including a spectacular breakfast. Spacious, luxurious rooms; an on-site spa, and an acclaimed restaurant are just some of the attractions.

Another good option is the Stay Easy Protea Hotel with free breakfast and WiFi. The rooms are comfortable and generally the hotel comes with many amenities that represent great value add-ons. The Protea Hotel group in South Africa has been taken over by Marriott, and delivers on their international reputation for excellence.

Centre of town – near Long Street, the Convention Centre and the waterfront

The first accommodation suggestion is the Fire and Ice! Protea hotel, so named because of the fusion of unexpected elements in its interior design, outrageous bar creations and famous gourmet burgers in particular. Rooms are home to magnificent view of Table Mountain, and a frequent shuttle service will also ferry you from the hotel to the cableway every day. It is also near to one of the hop-on, hop-off points for the Red Tour Bus so getting around from here couldn’t be more convenient. This one’s for you if you’re young at heart and also wouldn’t mind exploring the nightlife in very nearby Long Street.

The Southern Sun waterfront is another scintillating accommodation option as it is within walking distance of both the Convention Centre and the Waterfront, but is slightly more pricey. You’re likely to forget forking out the extra pennies once you’re at home here and look out at the postcard-perfect views. The hotel has state-of-the-art amenities, luxurious rooms and suites, an indoor pool, conference centre, fitness centre and acclaimed spa. The New York-style lounge bar has a distinctly international feel, while the restaurant’s buffet breakfast will serve you food for Africa! You’ll have no problem arranging 34-minute Cape Town airport transfers that are private to here, as the hotel is just off a major highway but still secluded.

While Seapoint, the waterfront, the centre of town and the foreshore are referred to as the ‘southern suburbs’, the northern suburbs are on the opposite end and nearest to the airport.

The best hubs are Tygervalley, Durbanville and N1 City. You’ll have absolutely no problem reaching shops, amenities, supermarkets or anything else within five minutes in any of these places. There are major shopping centres with travel bureaus in both N1 City in Goodwood and Tygervalley. From the terminals, Cape Town airport transfers to anywhere here will take you a mere fifteen to twenty minutes in off-peak traffic. Expect to pay about R80 when you book a shuttle for Cape Town airport transfers to Tygervalley, Durbanville or N1 City.

The Road Lodge in N1 City is cheap, so don’t expect any frills. However, there is a Protea Hotel in Tygervalley with outstanding views of Table Mountain, and it is only fifteen minutes away from town. Expect to pay about R700 to R900 per person sharing, and enjoy everyone’s favourite Protea Marriott hotel signature continental buffet breakfast. This buffet is available at any local Protea hotel, and is much beloved by locals and tourists alike.